LL Patterson LLC is founded on the principle of providing clients with exceptional and results oriented service. The singular mission of LLP is to aggressively and exclusively protect Ohio employers’ rights.

The BWC SI Department Interim Director, David Sievert, made a surprising announcement on 8-21-18 at a BWC SI Employer Workshop in Cincinnati:

Providers in WC claims will now be directed to the Ombuds Office for assistance in bringing SI Complaints directly against Self Insuring Employers. LL Patterson views this at best as “opening the door” to more SI Complaints, and at worst, injecting Ombuds representatives into the position of advising and assisting providers in adversarial proceedings against SI employers.

The BWC describes the Ombuds Office as  a problem solving service for employers, injured workers, and their respective representatives. The Ombuds Office is “independent of the BWC and the Industrial Commission of Ohio, which answers complaints and general inquiries about Ohio’s workers’ compensation system.”

Please contact our office if you have any questions about or need assistance with SI Complaints.

Patchwork of Marijuana Laws Across the Country Affects Employers Differently

Ohio has NOT (yet?)  legalized small amounts of recreational marijuana. The rest of the country is a patchwork, but the trend toward legalization is clearly growing.

Nine other states have legalized recreational marijuana along with medical marijuana. These are Alaska, Washington, Oregon, California, Nevada, Colorado, Maine, Vermont, and Massachusetts, PLUS Washington D.C.

However, marijuana is still a Schedule I substance under the Federal Controlled Substance Act. Some federal regulations that affect marijuana use are still in effect regardless of the existence of state laws legalizing marijuana use.

For example, the Department of Transportation Drug and Alcohol Testing Regulation does NOT authorize medical marijuana, legal under a state law, as a valid medical explanation for a positive drug test result.

Aside from these policies, the federal Drug Enforcement Agency has NOT aggressively prosecuted marijuana use cases in states with legalized marijuana laws.

How do the state marijuana laws affect employers? The answer is – IT DEPENDS!

Some state laws expressly prohibit employers from discriminating on the basis of an employee’s use of legal medical marijuana as long as the employee complies with state law.

In Nevada and New York, there is a duty to accommodate medical marijuana.

For employers who have facilities across multiple states, the landscape of marijuana legality is constantly changing and can create big problems!

Q.:  Why would I hire you as an hourly workers’ compensation attorney when I can have my third party administrator’s attorney cover my hearing for a one time flat fee?

A.:  Every employer has multiple choices for representation at hearings. The benefit to having a lawyer attend a hearing are: 1) a lawyer may argue the law and 2) a lawyer may directly question the claimant.

Before I address the concerns, I want to emphasize that there are equally talented lawyers that practice both hourly and for a flat rate.

The issue for hearing is a good indicator of who you should select to represent you. If it is a hotly contested hearing, with factual and medical disputes, you would certainly want an hourly attorney that you have hired to do an extensive investigation of the facts and prepare a defense on your behalf. You have unlimited access to an hourly attorney, while typically you would have little or no contact with a flat rate attorney until the day or the day before the hearing. These same flat rate attorneys will not likely represent you in any post administrative court proceeding.

It is extremely beneficial to have an attorney represent you throughout the administrative level through to court if that case continues. Their assessment and observations of the claimant at hearing, as well as detailed administrative work-up are a great predictor of the likelihood of success in later court proceedings.

Hearing issues such as Permanent Partial Hearings require little to no legal argument and certainly no cross examination would best be served by using a flat rate attorney.

The benefit of paying an hourly lawyer is that you are retaining a lawyer that not only is intimately knowledgeable about your business, but you are retaining that lawyer for the overall cost containment of the claim. An hourly lawyer can make recommendations as to what they foresee is the next step the claimant may take in a claim and predict what the overall exposure on the claim can be.

Flat rate lawyers take multiple hearings in one hour and will only represent you at that hearing. They typically will not make recommendations for future cost containment, or even what further documentation would be needed at future hearings.

The choice of what kind of representation is a business decision, that depends solely on the circumstances for your business and the specific facts of the claim at hand.

Because PTD benefits are paid for “the inability to perform sustained remunerative employment due to the allowed conditions in the claim,” a claimant receiving PTD is not eligible to also receive concurrent permanent partial disability compensation in the same claim. 150 Ohio St.3d 102, 2016-Ohio-8024.

Lisa Patterson and her staff volunteered at the Community Meal at OneBistro in Miamisburg on March 7, 2018, serving 101 meals.

Lisa Patterson sponsored the Community Meal, and supports OneBistro’s mission to “provide a place where our neighbors eat and come together as one community.”

Check out the photos of great volunteers working and making the community a better place! 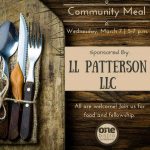 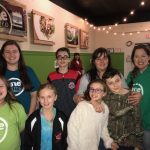 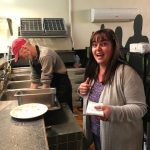 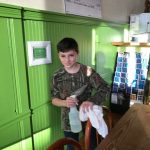 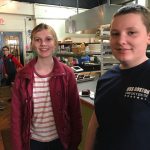 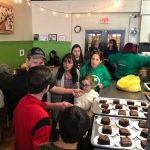 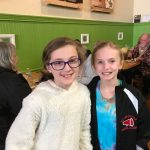 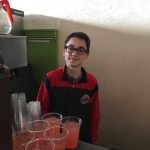 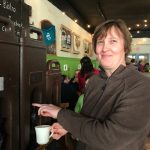 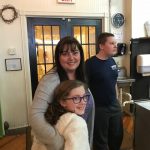 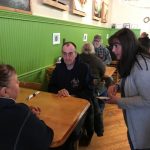